Panel info: No. 486. The Power of the Margins: Rethinking Center-Periphery Relations in Premodern Chinese Literature

My Title: The Margin for Reality: Problematizing the Prefatory Space in Traditional Chinese Drama Prints 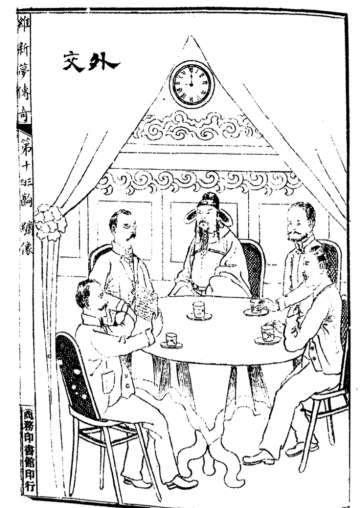 Abstract: Theatrical texts are not purely theatrical. Instead, drama prints in traditional China consisted of space for the theatrical (e.g. the script proper) and space for the social (e.g. the front matter and the eyebrow commentary). Scholars have long pointed out the conversational relation between the main text and the paratextual materials in traditional Chinese books. Beyond conversation and contestation, how do different modes of representation in the two types of spaces influence the nature of traditional Chinese drama as a genre of literature and performance? By focusing on one type of paratextual margin––the front matter, this paper explores the relation between the social and the theatrical within the material constitution of traditional Chinese drama prints. In particular, it studies the biographies, authorial prefaces, and portraits of a group of dramas that responded to the historical changes from late imperial to modern China. It shows that whereas the theatrical tradition maintained a relatively consistent way to depict the characters, the space for the front matter incorporated changing representations of reality––most saliently seen through the changing clothes of different characters from the late Ming to the late Qing eras. The paper argues that the different, and occasionally contesting ways of representation in the two types of spaces allowed traditional Chinese drama to bridge the apparent disparity between theatricality and reality, and to reconcile the theatrical tradition with historical changes.